Although our current weather status would disagree, Portland’s summer has finally come to an end but not before a 3-month-long music blowout with festivals ranging from coast to coast. A beloved event held so dear to the hearts of those in the City of Roses is the annual MusicFestNW held at the Tom McCall Waterfront Park downtown. This year’s waterfront-rager included acts such as Girl Talk, Phantogram, Spoon, and HAIM; only to be playing while you grab a bite to eat at some of the city’s best food carts or while perusing the poster market. Good grub, vintage-style tour posters, a luscious girl band—the dream of the 90s is alive in Portland.

Instead of rambling about all of the acts that passed through the festival, let me just break it down into the top 3 performances you should have seen.

3) Fucked Up—coming equipped with high energy and a sasquatch-like exterior frontman Damian Abraham puts on one hell of a performance; the man does not stand still. From climbing the speakers to lifting his full-grown guitarist on top of his shoulders, and submerging himself in a sea of people all across the dusty lot. Fucked Up is a band I won’t forget and a band you need to get familiar with. 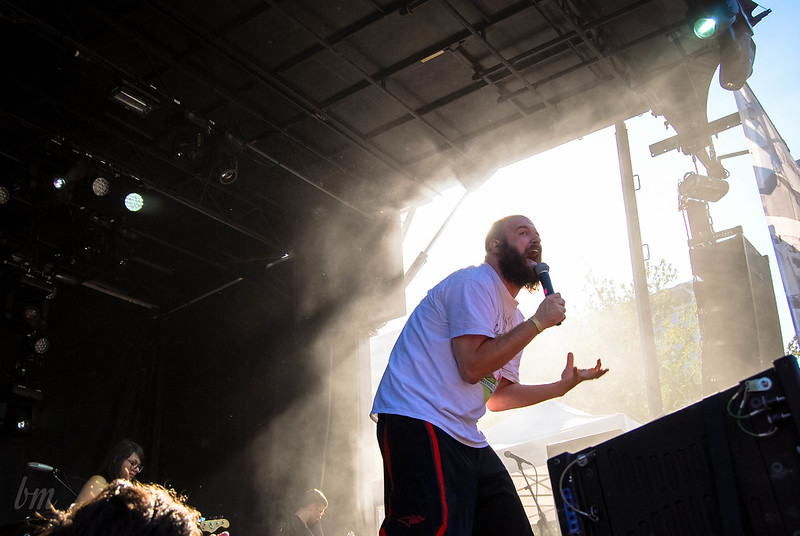 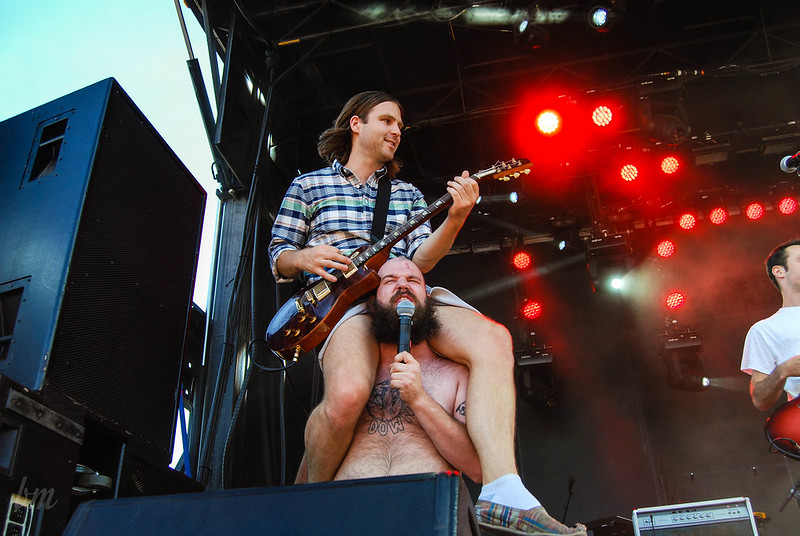 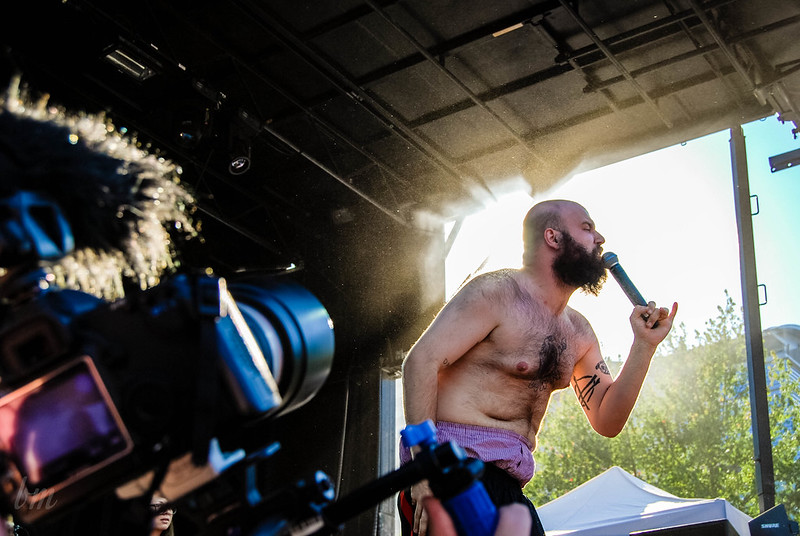 2) tUnE-yArDs—this woman. Just over the past few weeks I have become addicted to Merrill Garbus and her more-than-unusual style. Her innovative sound and stage presence is overwhelmingly fantastic—she’s kind of like that awesome aunt your mom tells you to stop hanging around because she’s “different” but that’s what makes tUnE-yArDs’ music so infectious. 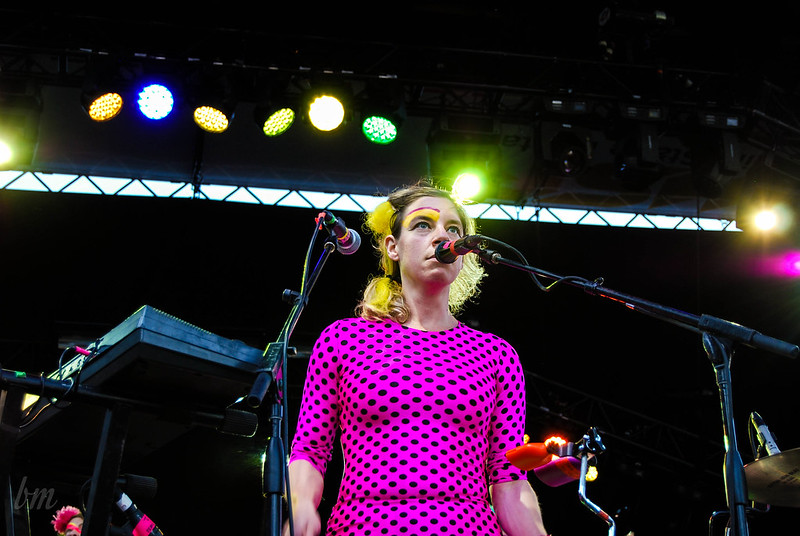 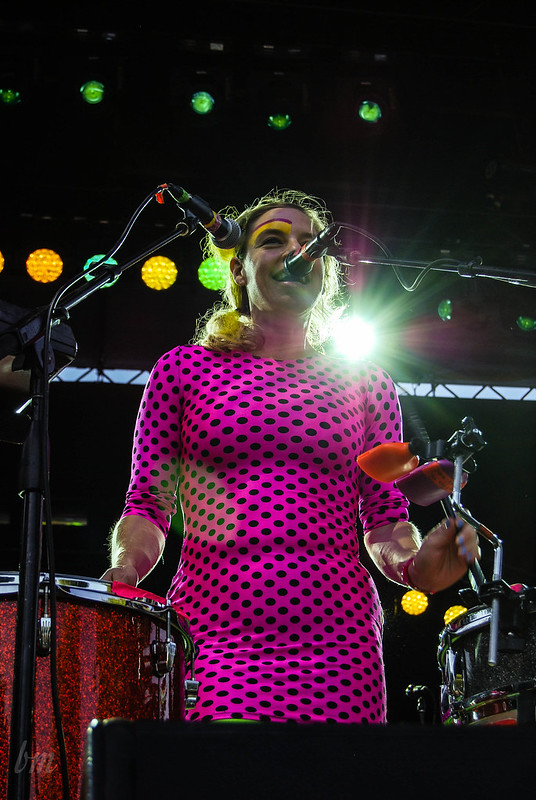 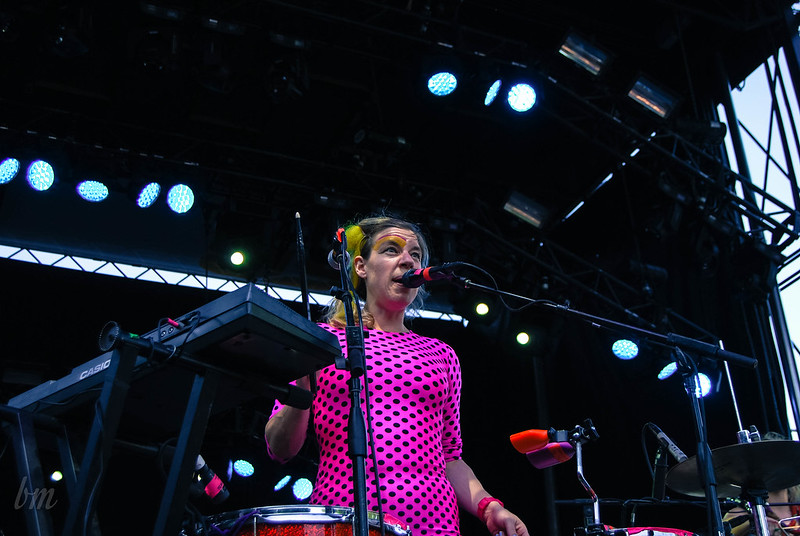 1) HAIM—and finally this trio of perfection that completely blew me away. I’ve been keen on these babely sisters for a while now and finally got the chance to witness their Days Are Gone LP in action. Lead vocalist Danielle Haim completely killed it with her powerful vocals as well as her undoubtedly amazing facial expressions (not to outshine sister Este Haim’s famous “bass face”). Their nonstop energy had me smiling during their entire set and hanging on every single word. Ending their performance with an unexpected drum-off between the eldest Haim’s and their younger sibling, Alana, was unbelievable and reassured me of just how rad of a band HAIM will always be. 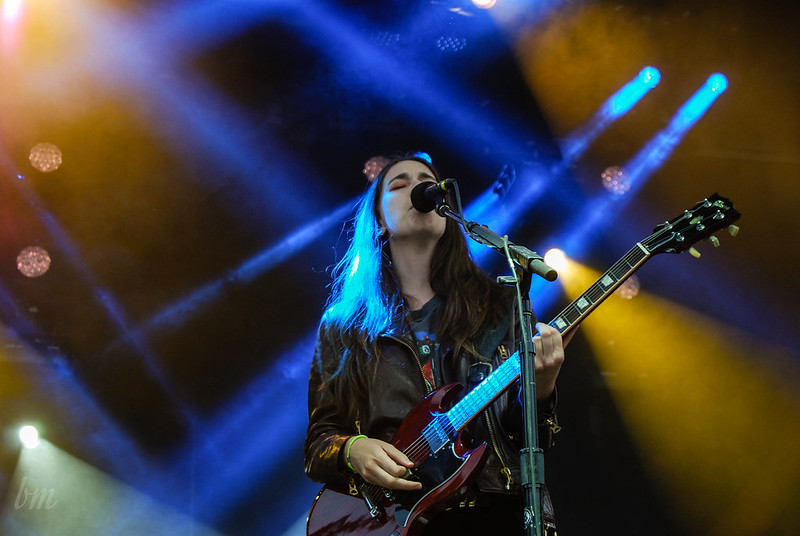 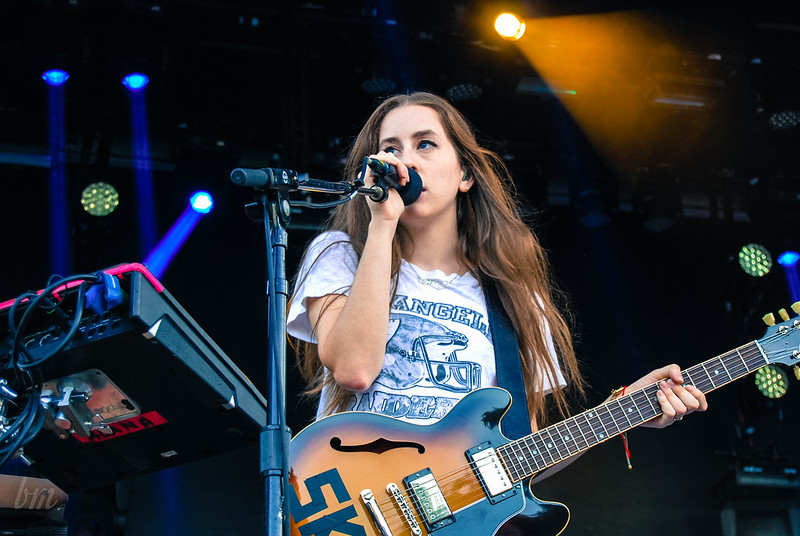 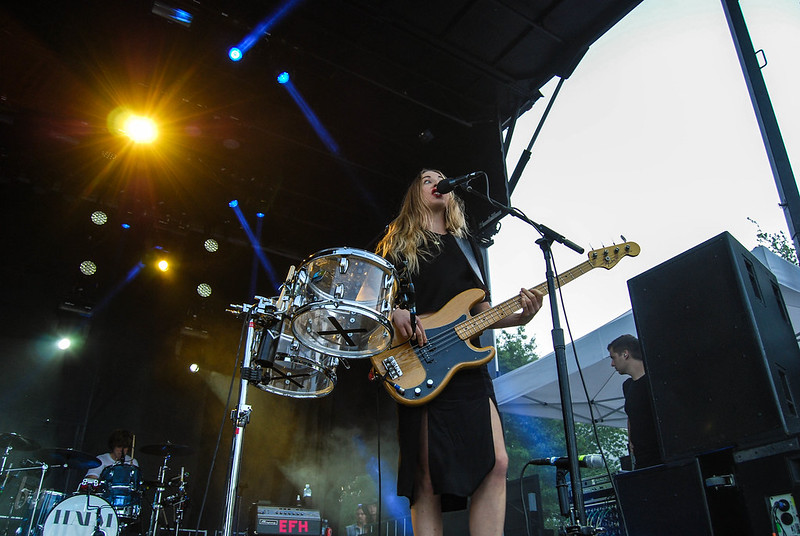 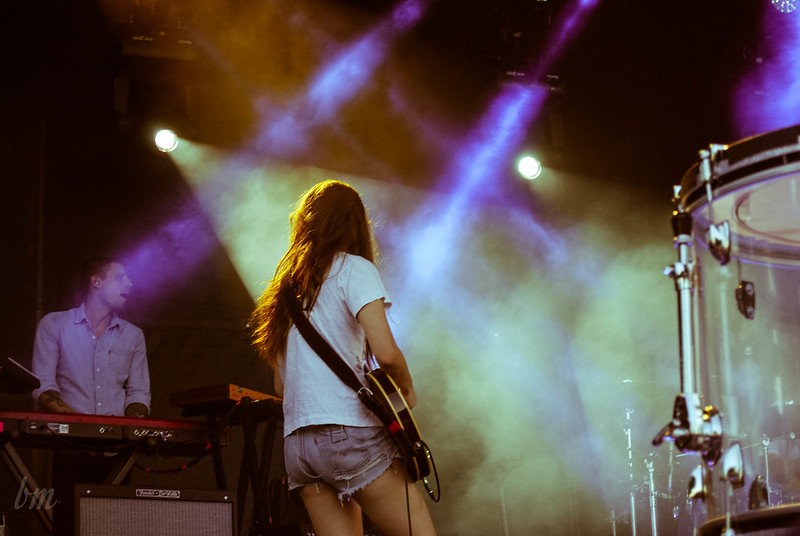 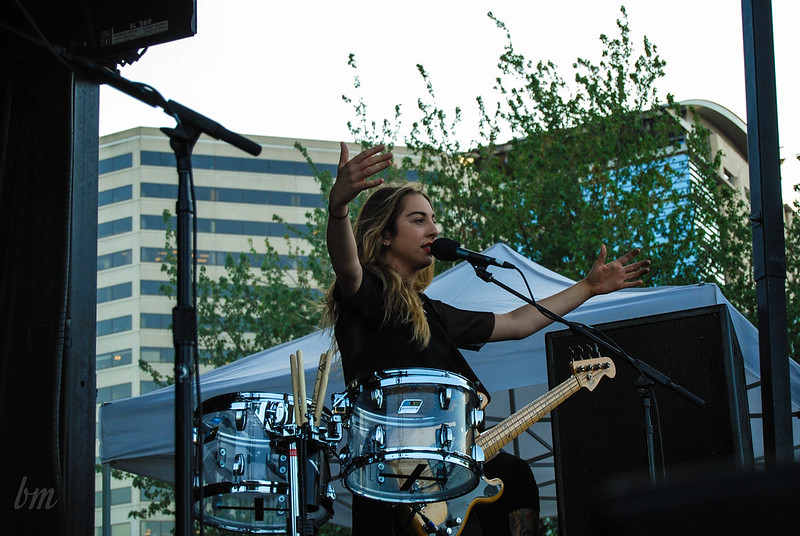 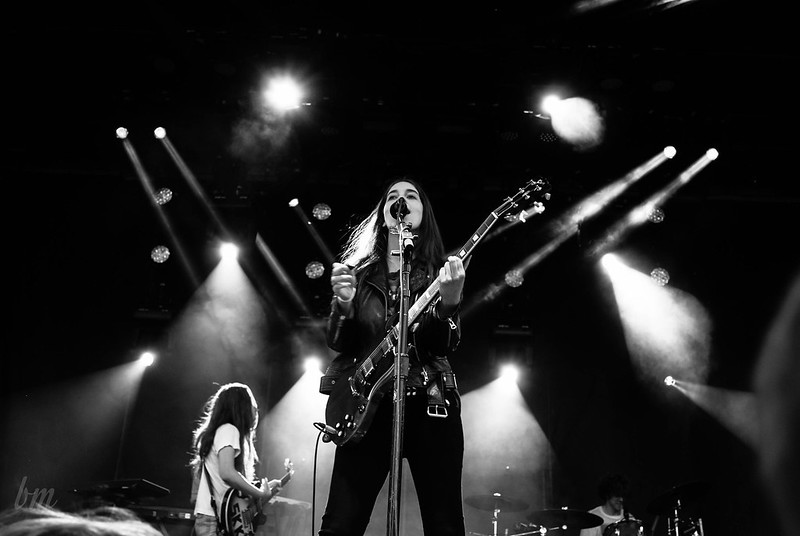 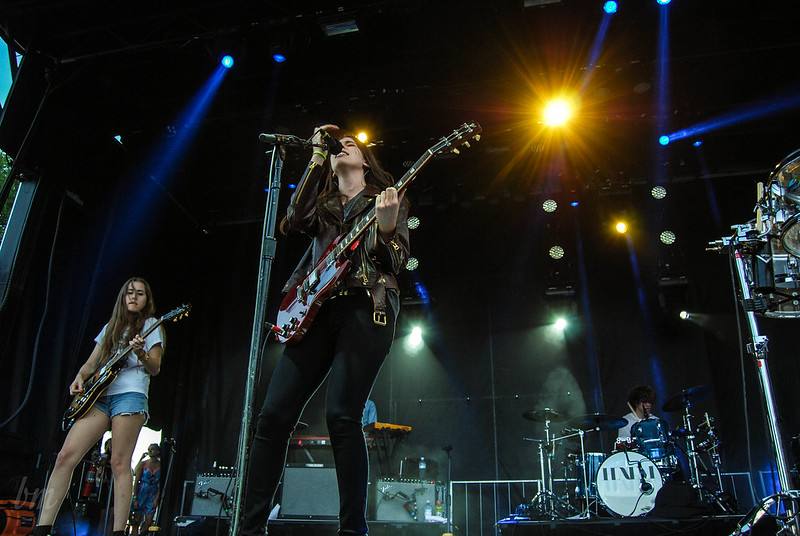